Hey lads.
A topic following the build of my 2006 N70 Hilux.
Have a lot to catch up on and will work this thread from the start of build to where I'm up to.
Cheers G

Bought the ute back in 2018. Was nearly stock as a rock with the exception of a few modifications:
- 40-50mm Old Man Emu Lift (which had been fitted since close to brand new, very sagged, very tired)
- Fitted Tonneau
- Dual batteries with redarc isolator (voltage cutoff)
- Safari snorkel

Other than these few items, as stock as a rock.

The first modification on the list was to swap out the old tyres for a slightly bigger tyre, and also chuck them on a steel rim with a less positive offset.

From the factory the 2006 SR5 Hilux, as I'm told, comes on a 15 x 7 inch allow rim with a +30 offset. Well and truly hiding any tire well inside the guard.
Upgrading the wheels i wanted to get as much footprint as i could when airing down, as well as as much "poor man's suspension" when airing down.

This combo meant the tyres were perfectly flush with the guard and also gave a bit more clearance under the diffs and a tad more width than the previous tyres.
There was no particular reason I went with the wildpeak all terrain, They were just a good price at the time with decent reviews

Basic electronics.
Here I installed a few electrical components that I won't delve into too much detail on.

I installed
- a brake controller (hayman and Reece i believe)
- Uniden UHF - Highly recommended - unsure of model as it was some time ago now, however the model I installed was setup so that the main unit could be hidden behind the dash with all controls and speaker on the handpiece
- Aerpro Aerial - definitely nothing fancy and possibly also would recommend if you are after mind-blowing range and durability

It is quite well known that the ARB deluxe bullbar is a quite popular bar, a durable bar, and very expensive bar that will set you back roughly an arm and a leg.
In saying that, I managed to pick a second hand bar locally in near mint condition which I had colour coded at a local body shop. You wouldn't know it was second hand at all. 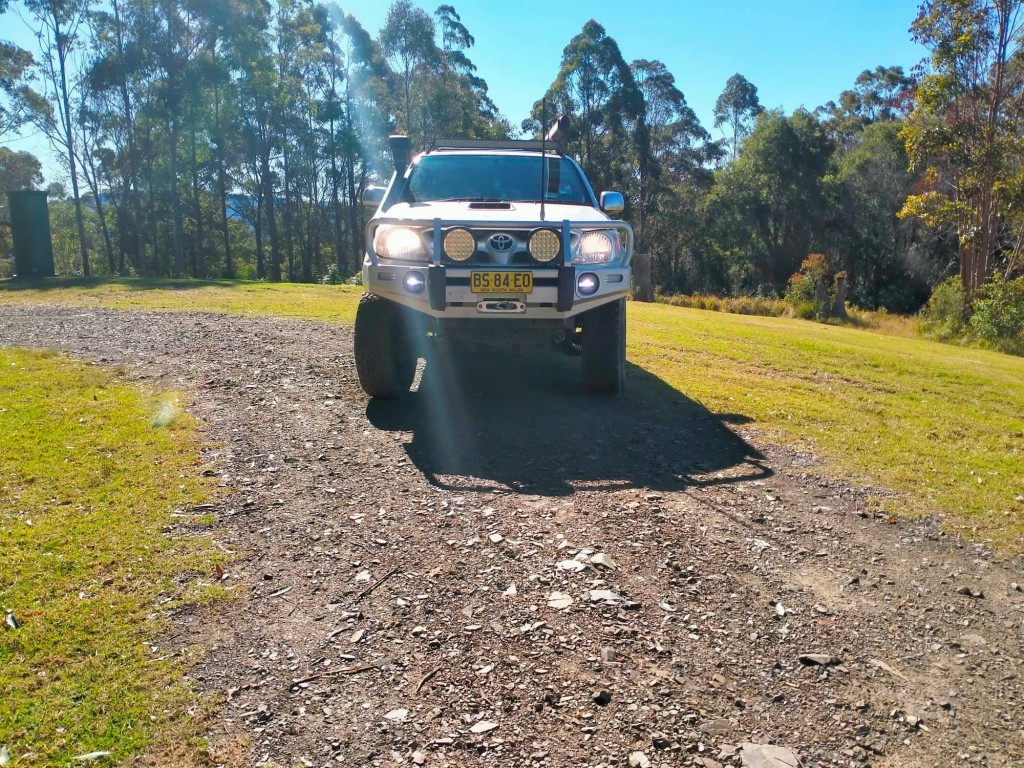 note: The image above has the fog light upgrade, at the time they were standard old school lights

This bar was well suited for me due to future plans of mounting a winch, spotties and also had premade mounting locations for a UHF aerial.

Nice mate, keep the pics of the build coming
I might be wrong.

Looks quite similar to mine, I look forward to more pics!