Yeah crit that smaller horizontal section on the switch plate is for an aux input.
Here's mine 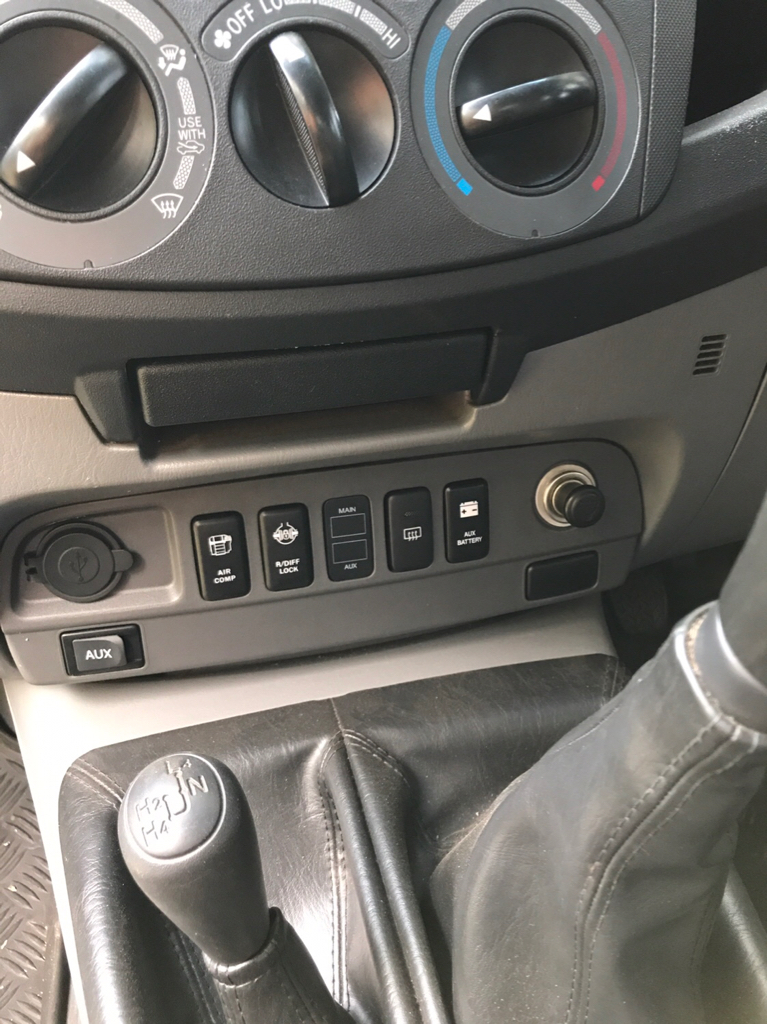 Sent from my iPhone using Tapatalk
My shed: http://www.newhilux.net/myshed.php?view=1&id=12709

As in aux to the head unit? Seems a bit weird.

Critter350 wrote:Minor install over the weekend, ally frame inside the canopy so I don’t have to put holes in the fibreglass. 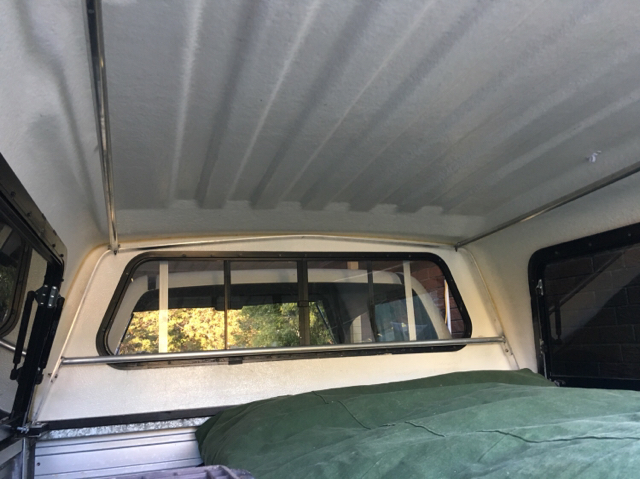 Plan is for hammock netting at the top to hold a couple of towels, sand board and gold pans. Then mozzie net hanging underneath coz we like sleeping with the windows wide open.
Rail under the front window is to strap dive tanks.

Hey mate did you make this yourself?

Got it fabbed by a mate then installed it. Don’t have any other pics atm, what do you want to see specifically? The mounts?

Critter350 wrote:Surprised the bottom passenger side switch cutout is smaller than the rest, is that normal?

thats not a switch hole, it's the USB/Aux Audio..... i havent measured but it's probably normal.

Critter350 wrote:Got it fabbed by a mate then installed it. Don’t have any other pics atm, what do you want to see specifically? The mounts?

cool nice work, yeah does it just mount to the tray mount points ?

All good re pics, can work it out from the image cheers mate
My Build Thread - https://www.newhilux.net/phpbb/viewtopic.php?f=41&t=29637

The devil in the detail. Flatbar hoop welded to flatbar mount secured by canopy bolt. Plan on replacing these with eye bolts as tie downs 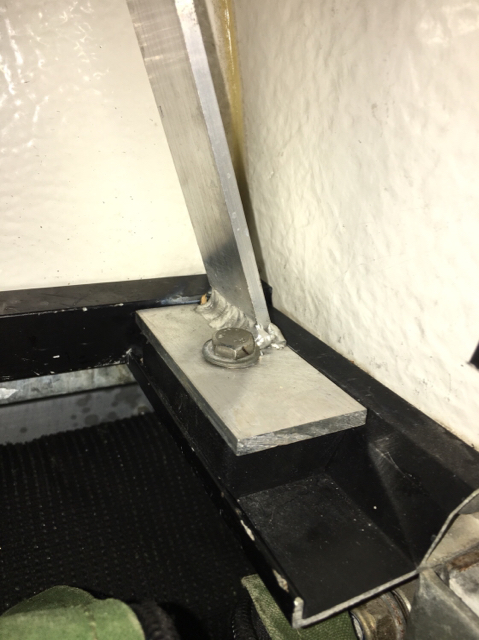 Tube running front to back, bolted through slotted tongue. Crossbar under window has welded plate for bolting. 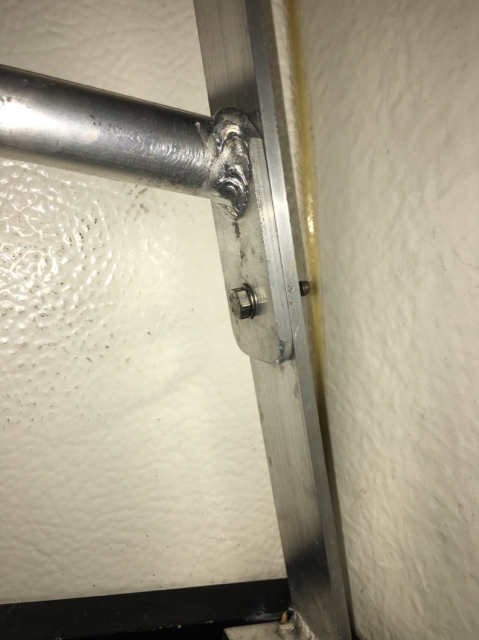 the bolt is not as close to the ‘glass as it looks, the frame only touches the canopy at mounts. There’s some sideways flex but not much front to back. Compression foam, like pool noodle, in the corners will sort it out.

This $22 trailer net from Bunnings 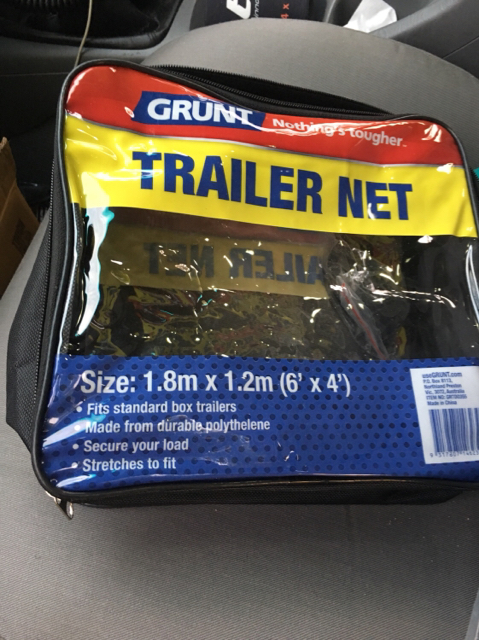 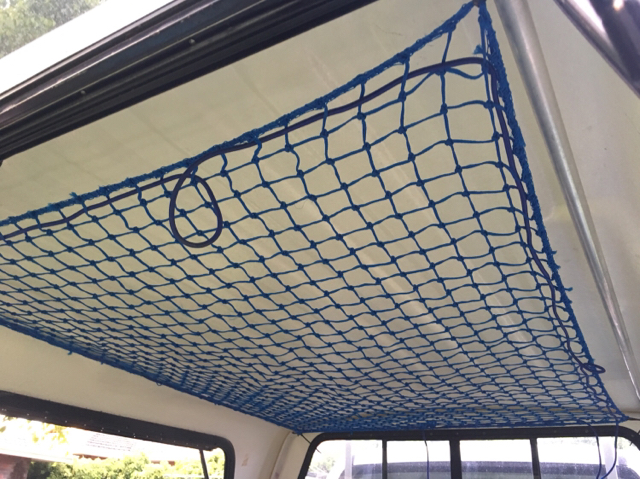 Took the dremel to the old switch plate 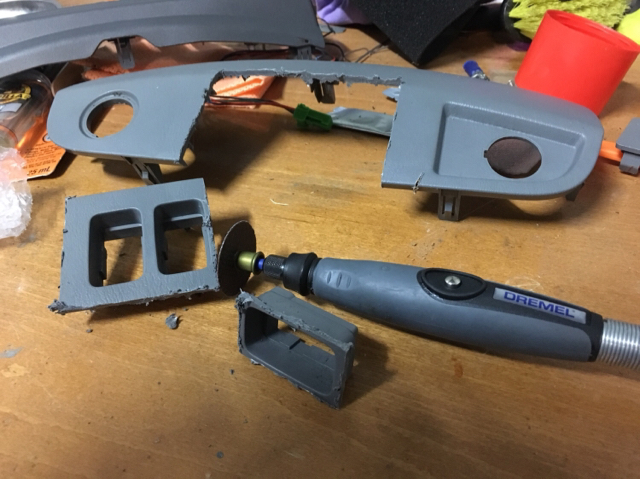 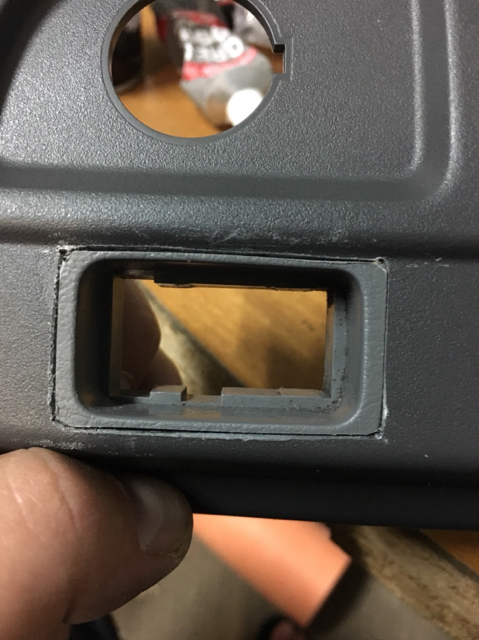 fixed with a liberal amount of gorilla epoxy 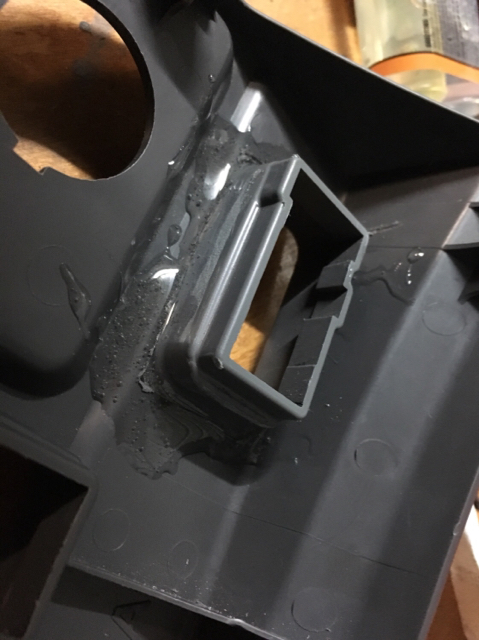 Looks a bit rough in the pic, but doubt I’ll see it I situ. If I bog and paint, it will just be for the exercise.

Finished panel fitted up with goodies from Air On Board. 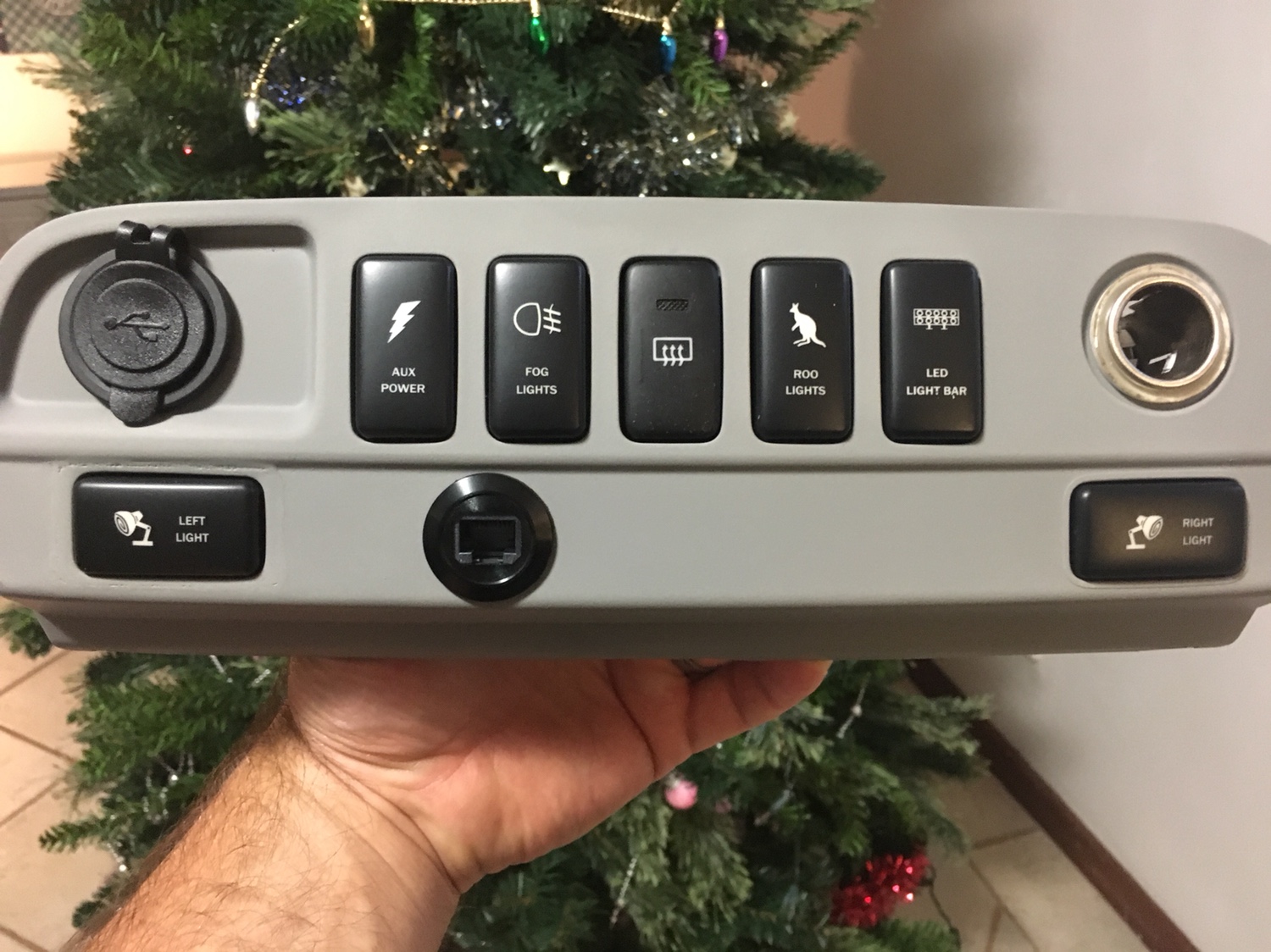 The switches look and feel great. Needed all the slots so I’ve gone with the round USB charger in the second accessory plug socket.
The Aux power is for a ‘switched accessories’ bypass, so for example I can leave something charging while off for lunch.
I’ve got fog lights in the bullbar, but none of those other lights yet! Oh well it looks the part.

For the uhf. The XRS has a hideaway base unit, hand piece plugs in here or I can unplug and put in the glovebox.

Got around to installing the Utemart flares today. Bit fiddley but not too bad. They are +10mm bigger than SR5, I think it’s about right to blend with the bullbar. 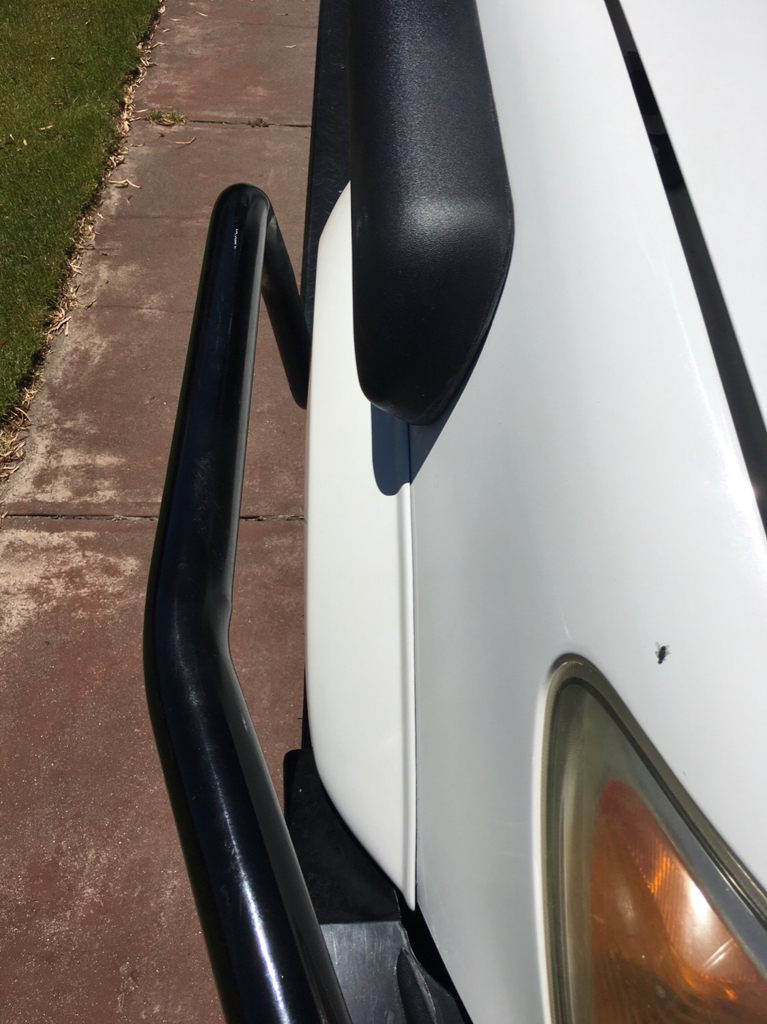 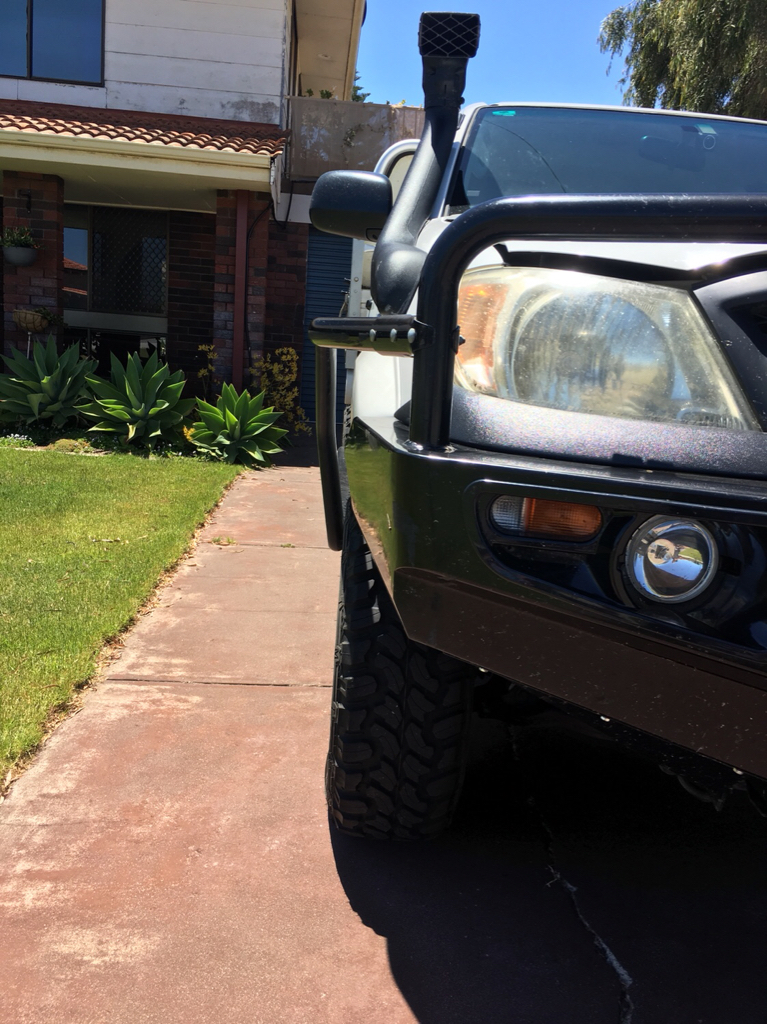 
Sent from my iPhone using Tapatalk
My shed: http://www.newhilux.net/myshed.php?view=1&id=12709

Wired up all the new switches and led spotties this weekend. 4 on the RHS of the steering column, 6 in front of the gear stick made for a pretty heavy loom.
Inline diodes for the two switches with high beam: 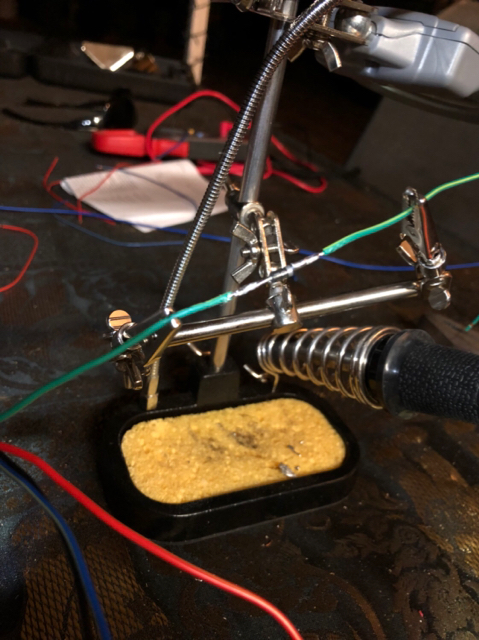 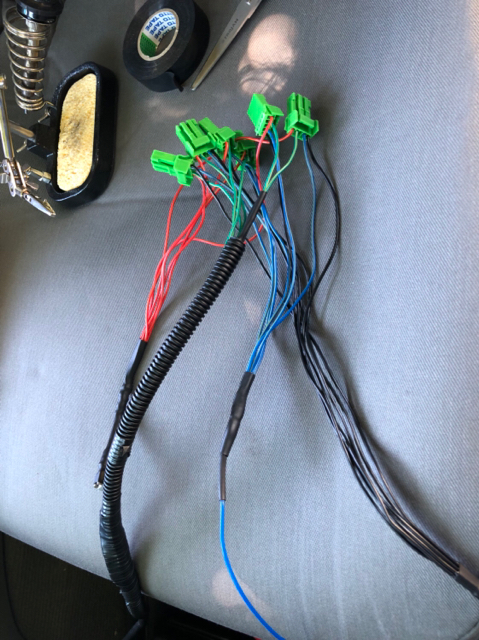 taped it all up after this to keep it a bit neater. 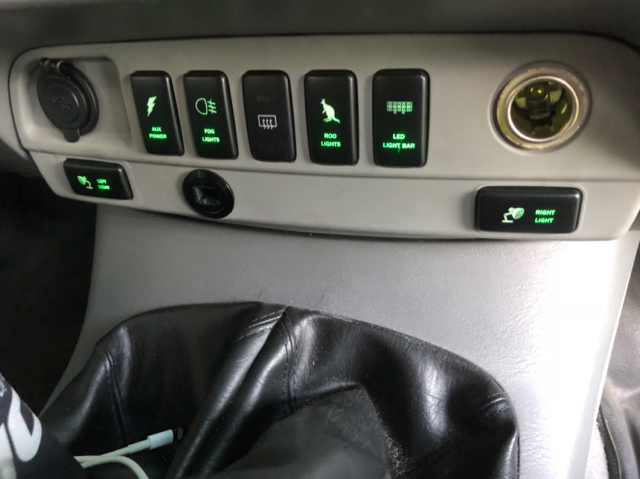 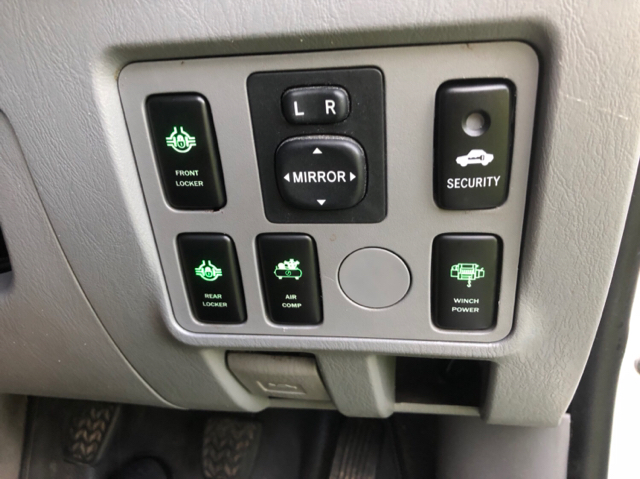 Each switch has two led’s, one wired to dash lights the other to show when it is on.
I’ve used 7 core trailer wire out through the fire wall, to run as triggers from the switches to relays. The LED spotties are the only thing wired up at the moment, but I don’t need to get behind the dash again for the rest. 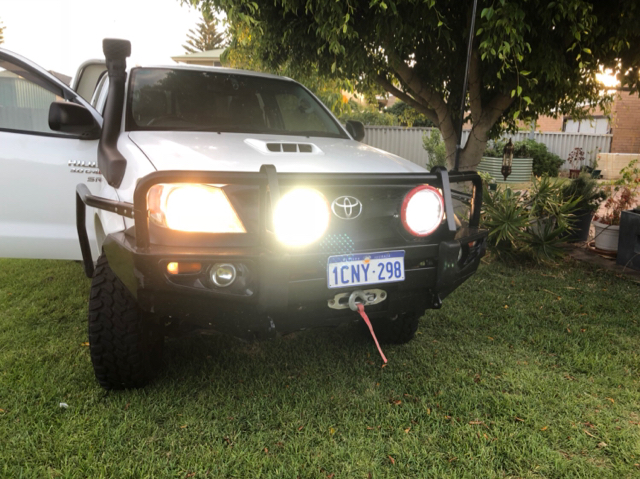 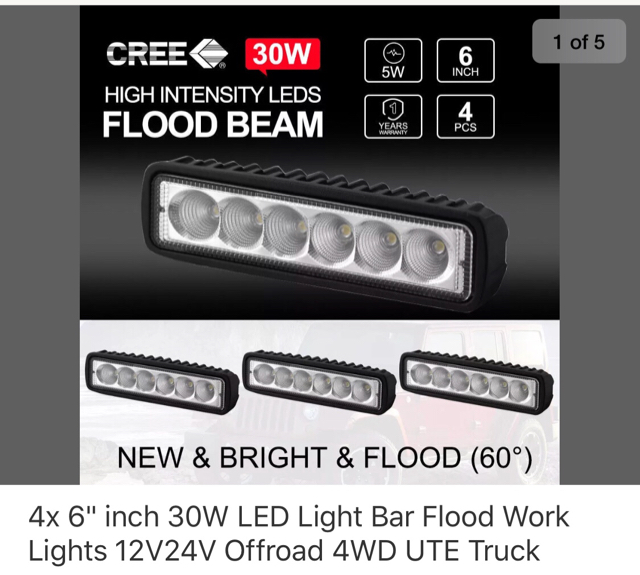 thinking one on each of the bullbar wings at 45’ and another each side between the cab and canopy, for spotting camp sites along tracks.

Should be able to light the campfire at 200 metres