DeadlyBeast wrote:Hi Mark,
The lock up kit is good for the few reasons I have noticed:
- Lowers trans temps. Havnt ran over 90 degrees on highway (going off scan gauge)
- No hunting for gears or down shifting with slightest accelerator input
- Fuel economy
Things to watch out for is when coming to a stop make sure the TC switch isn't engaged as the engine starts to shake fighting a stall - (true to the name suggesting the converter is locked up)
If you put your foot down, go up a decent hill or slow down it will still shift down a gear.
Can still take a little work to find 5th sometimes but much easier than stock, just need to ease off right foot for it to kick in

All in all, a very good investment if towing regularly

Hiluxxury - we will need to see a pic of that... just cant picture an offroad camper trailer being towed by an X5

As for Hiluxxury — that doesn’t count sitting on the street, let’s see some photos of it in the scrub

X5 drivers ... not afraid to get a bit dusty

No worries Mark. Kits for the 200 are available too although I believe they come with factory lockup for 5th and 6th.
I should say that I also have an extrenal trans cooler. However, I wanted to see what difference the kit made so ran it hard towing and saw trans temps drop quickly when lock up engaged.

The new trailer didnt come with mechanical brakes so a brake controller was needed.
The previous owner was good enough to give me a brand new V2 towpro unit (serial number did not require the recall)
He never installed it in his 200 series as he said he "never felt" the trailer behind the V8

Just had to buy the generic harness as redarc no longer make specific looms for the Gen 7
Again, where to stick it...
Too much going on in the passenger foot well so looked at drivers side. Have to mount the unit on a solid surface.
The only surface was up high and had an uneven surface for the 3M tape to adhere to
Knocked up a saddle bracket out of scrap ally, bolted on the bracket then epoxy to the panel. 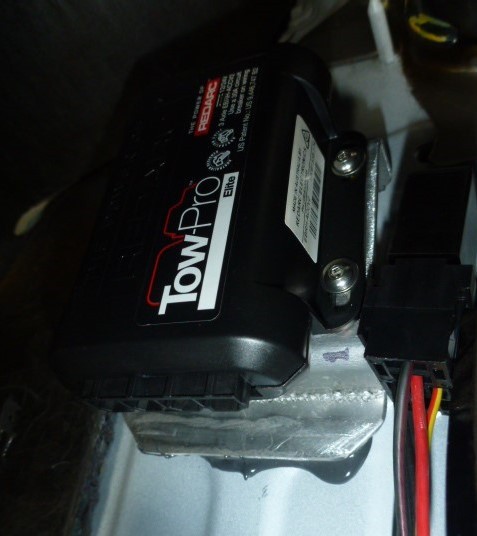 The way the the harness clips on requires clearance for fingers on the underside/ panel side to undo the clip - so made the saddle bracket about 30mm high off the inner pannel.

The instructions state that you need to run power directly from the battery. The main gland is already crammed so had to drill

into the fire wall to make a new one 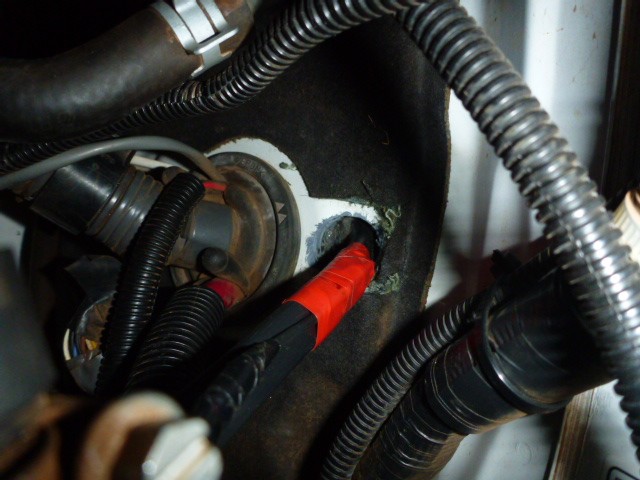 I dont recommend doing this. The insulation was a pig to drill thru jamming up he drill bit. Difficult to comprehend but it took about 30 minutes with the drill to break thru the vinyl on the inside, constantly clogging and jamming the drill 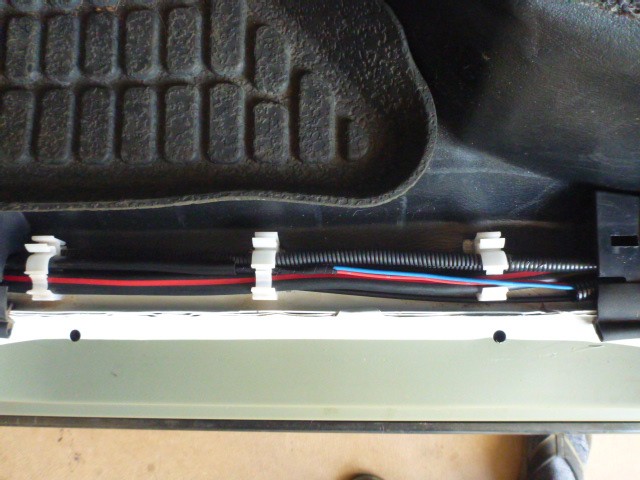 Red wire of trailer loom gets spliced with red of towpro while blue gets removed and replaced by the towpro blue wire.
Small round trailer plugs suck. Had to by new internal socket as the brass screws on the old one were flogged. 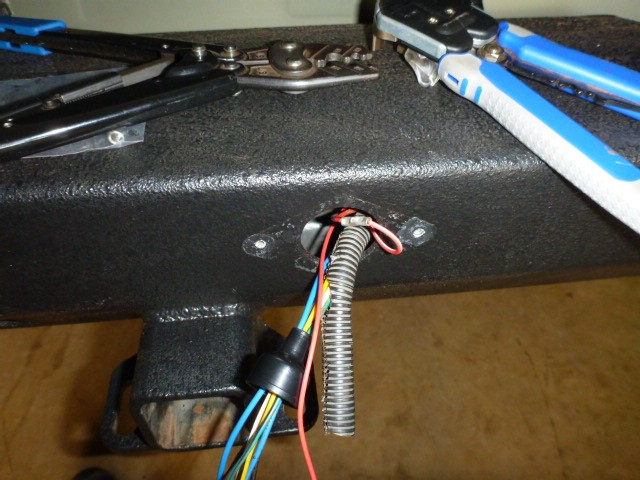 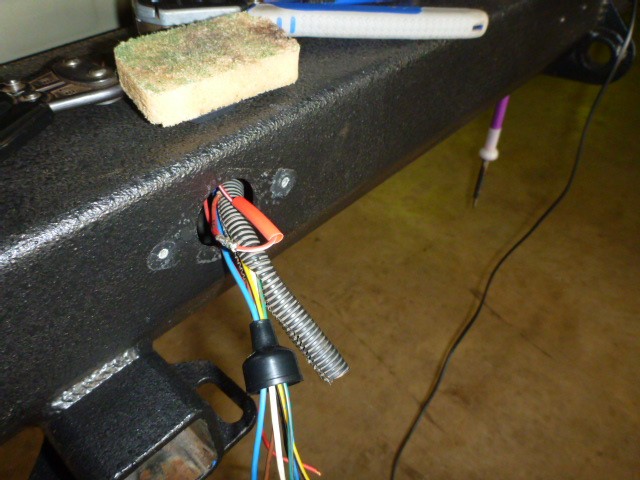 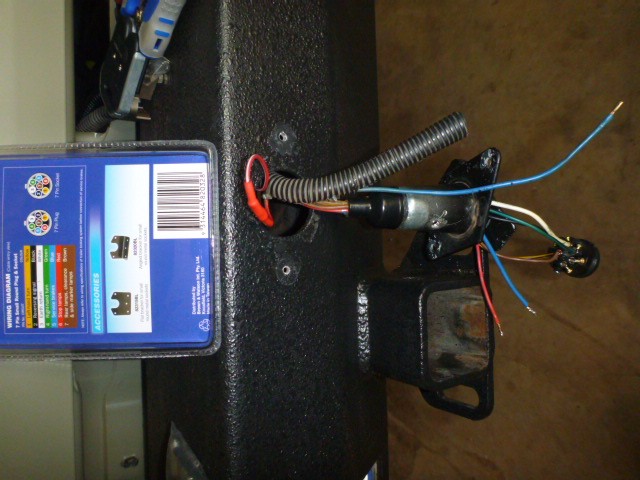 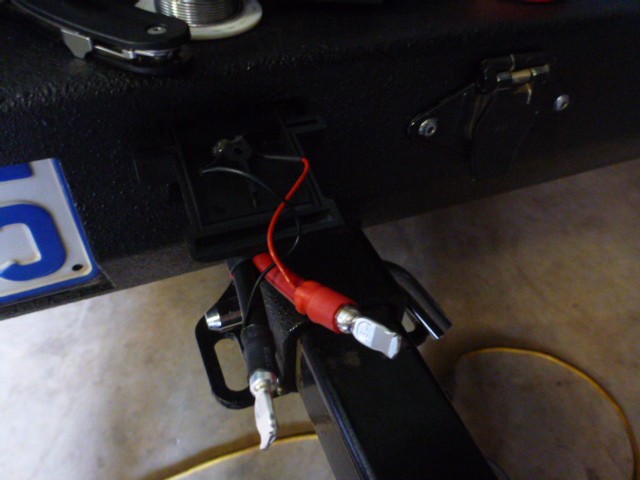 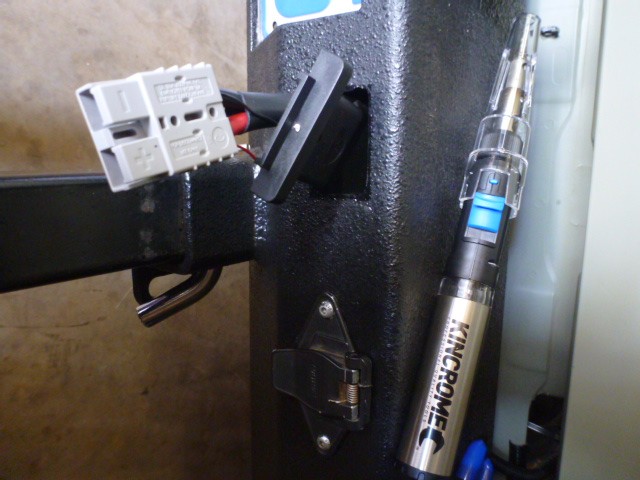 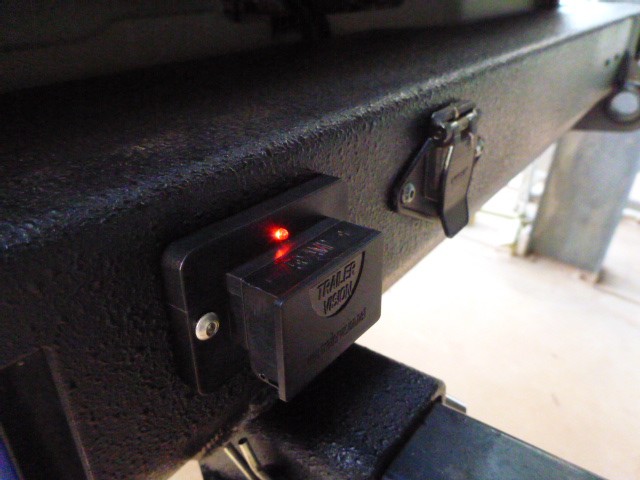 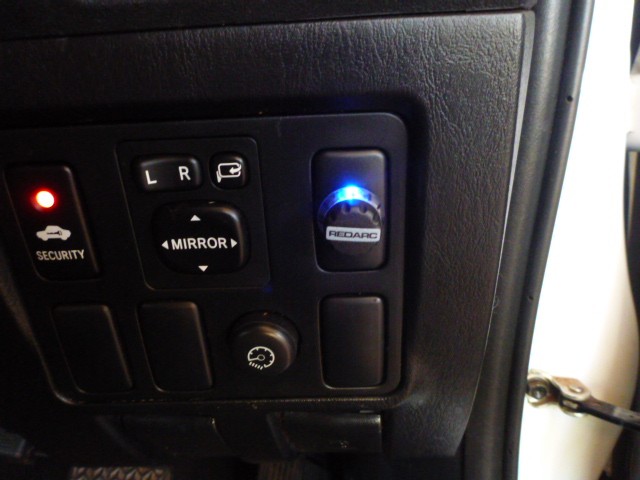 I installed a sus-tech pop and lock tail gate lock actuator over a year ago but never got around to wiring it up. Not much need to when you live in the sticks and dont carry much in the back.
Thats about to change so heres the install 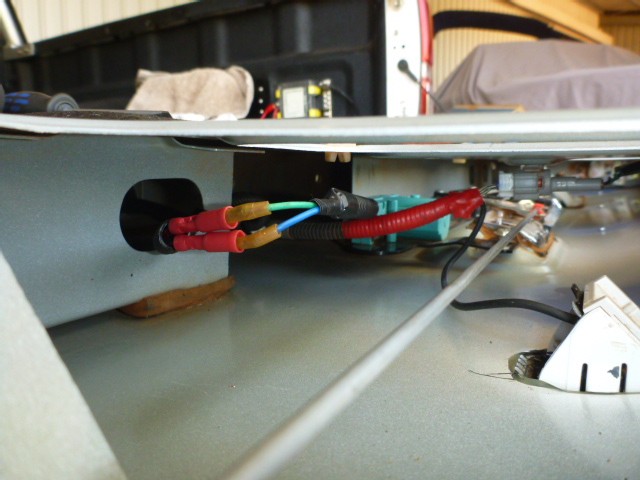 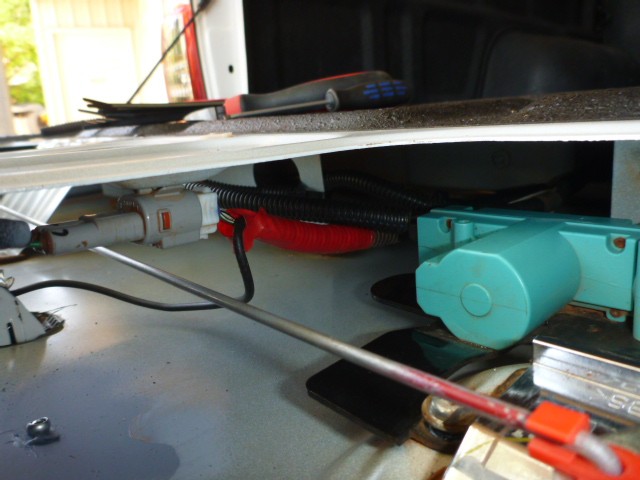 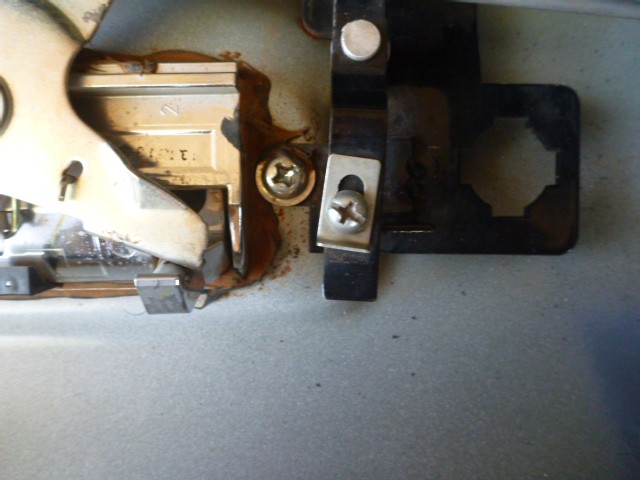 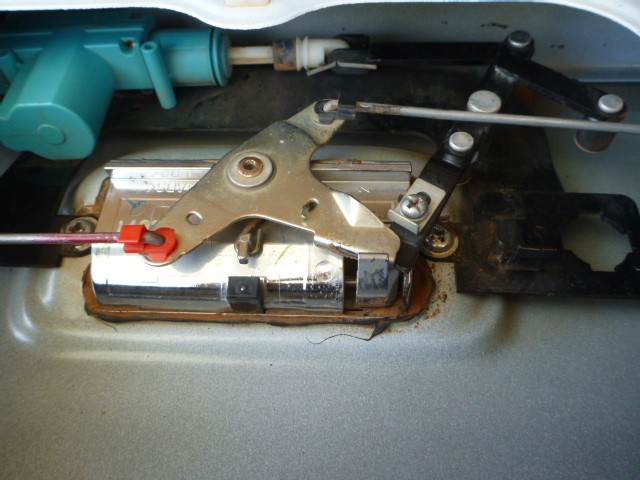 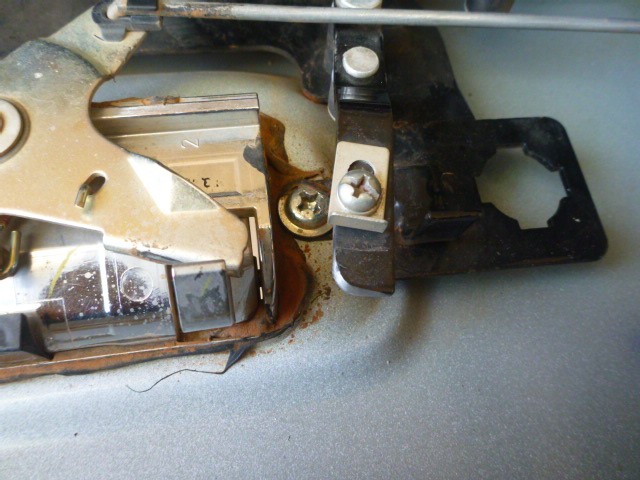 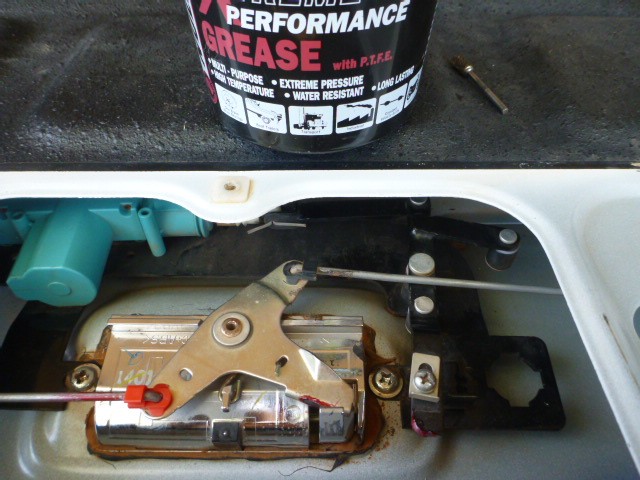 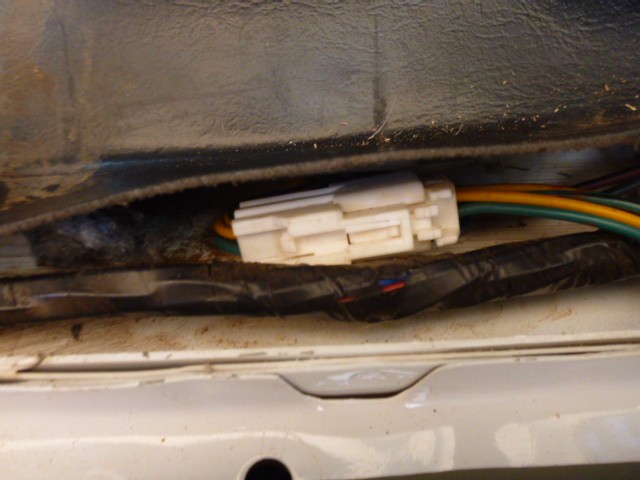 Signs of wear in factory loom - a short waiting to happen

Can easily slide factory insulation tape either side of splice 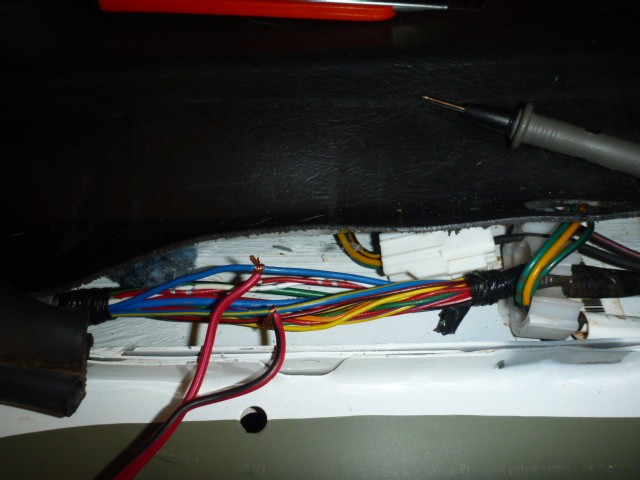 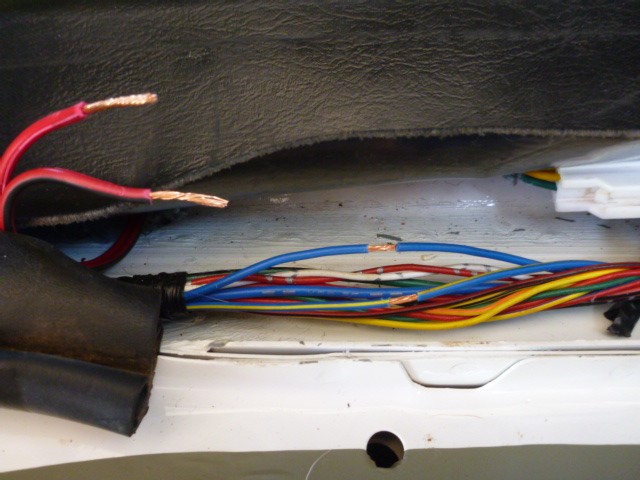 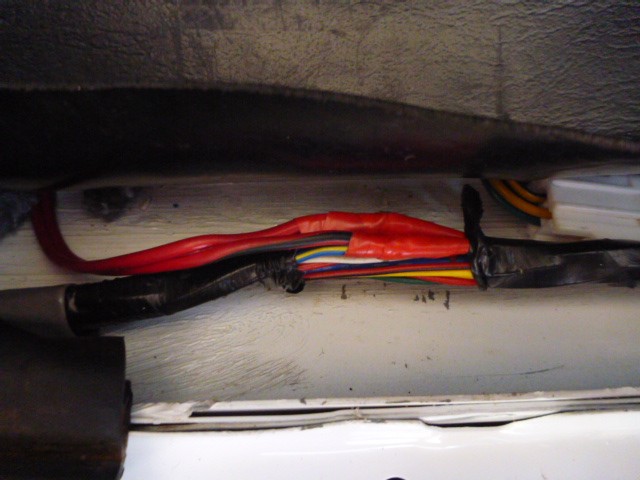 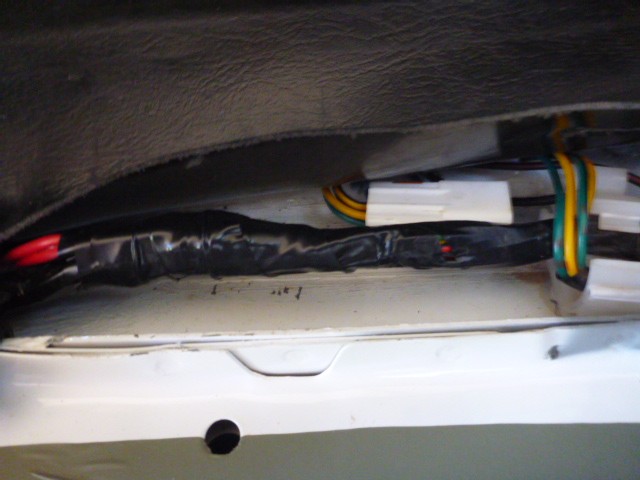